For the third consecutive year, the interdisciplinary seminar has been included in the syllabus for the Graduate Degree Programme in European and International Politics, coordinated this year by Prof. Silvio Cotellessa and by Prof. Gianluca Pastori who has actively involved other six professors from the Faculty of Political and Social Sciences: Professors Simona Beretta, Mireno Berrettini, Floriana Cerniglia, Beatrice Nicolini, Monica Spatti and Simone Tosoni. 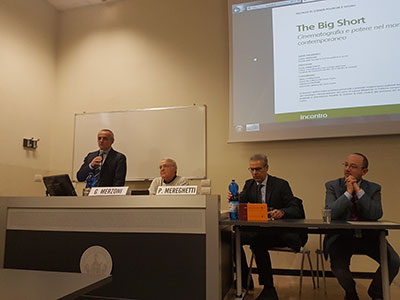 The Seminar aims to promote the cross-disciplinary nature of the Faculty by offering students insights into a diverse array of disciplines supported by a continuous, and ever-closer dialogue, between professors of different didactic-scientific areas (economic, political, historical, sociological and legal). The Seminar is structured in two parts: for the first half the students attend some co-taught lessons, followed by a constructive debate between professors, and then a discussion between tutors and students; in the second half the students work in groups, coordinated by two tutors, to create an interdisciplinary research topic. To conclude, the students' projects are presented to all the teachers involved in the Seminar during two slide contest sessions.

This year the theme of interdisciplinary seminar was "The image of the world" planned by the tutors in the following themes: Betting against the system? The economic crisis between the populist 'drifts' and the cynicism of the elite; The Plural world: symbols, restrictions and religious identities; The Images are looking at us: iconoclasm, iconolatry, power; The pride of diversity: identity and conflict in the metropolitan counter-cultures. 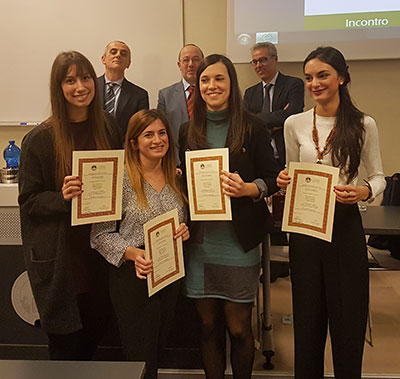 On Thursday, 1 December 2016 the Faculty of Political and Social Sciences organised a final event and, at the end of this, the two groups chosen for their standout interdisciplinary work were awarded. The event was attended by Paolo Mereghetti, film critic from the Corriere della Sera who addressed the lecturers and students on the theme of "The Big Short. Cinematography and power in the contemporary world ".